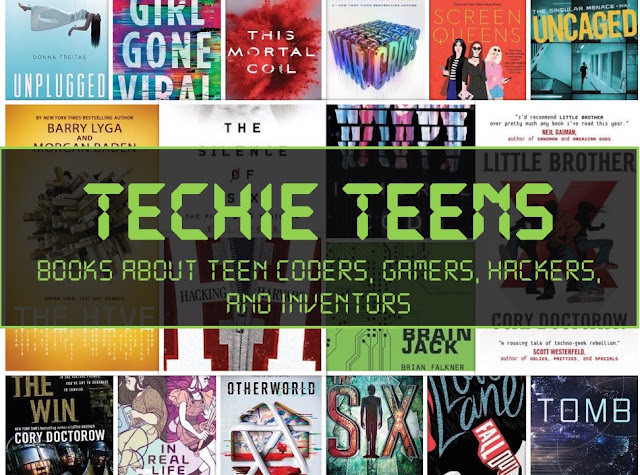 Girl Gone Viral by Arvin Ahmadi
Seventeen-year-old tech prodigy Opal Hopper tries to win a contest run by WAVE, the world’s biggest VR platform. The prize? A meeting with WAVE’s billionaire founder, who used to work closely with Opal’s missing father. After a small data hack to win the contest spirals out of control, Opal finds herself digging into a hole of lies, hacks, manipulation, and maybe even murder.

The Six by Mark Alpert
Adam, crippled by muscular dystrophy, and five other terminally ill teenagers sacrifice their bodies and upload their minds into weaponized robots to battle a dangerously advanced artificial intelligence program bent on destroying humanity.

The Tomb by S.A. Bodeen
Kiva thought she was growing up in ancient Alexandria. It turns out she was living in virtual reality, in a sleep chamber in deep space. Three years ago, her friend Seth woke up. Now it's her turn to join him. Together, they must try to keep their home ship running. But it's been a long time since the Krakatoa has communicated with any of the other three ships harboring human civilization. Kiva and Seth are not sure what they'll find when (or if) they finally make contact.

Fallout by Gwenda Bond
Lois Lane is the new girl at East Metropolis High, and her instinct to ask questions brings her and her online friend, Smallville Guy, into conflict with some bullying video gamers called the Warheads, who are being used in a dangerous virtual reality experiment.

For the Win by Cory Doctorow
A group of teens from around the world find themselves drawn into an online revolution arranged by a mysterious young woman known as Big Sister Nor, who hopes to challenge the status quo and change the world using her virtual connections.

In Real Life by Cory Doctorow
Anda spends most of her time on Coarsegold Online, the massively-multiplayer role playing game, where she meets and befriends people from all over the world. But things become complicated when Anda befriends a gold farmer -- a poor Chinese kid whose avatar in the game collects valuable objects and then sells them to players with money to burn. This behavior is strictly against game rules, but Anda soon comes to realize there are lots of gray areas when a real person's livelihood is at stake.

Little Brother by Cory Doctorow
Interrogated for days by the Department of Homeland Security in the aftermath of a major terrorist attack on San Francisco, California, seventeen-year-old Marcus is released into what is now a police state, and decides to use his expertise in computer hacking to set things right.

Brain Jack by Brian Falkner
In a near-future New York City, fourteen-year-old computer genius Sam Wilson manages to hack into the AT&T network and sets off a chain of events that have a profound effect on human activity throughout the world.

Unplugged by Donna Freitas
Sixteen-year-old Skye has been living in the App world for more than ten years, a virtual world separated from the real world. She hopes to be able to plug out soon to see her family again. But then the access to the real world suddenly closes.

Screen Queens by Lori Goldstein
Lucy Katz, Maddie Li, and Delia Meyer team up to compete in ValleyStart, a prestigious high school tech incubator competition for a dream internship in the male-dominated world of tech.

Warcross by Marie Lu
When teenage coder Emika Chen hacks her way into the opening tournament of the Warcross Championships, she glitches herself into the game as well as a sinister plot with major consequences for the entire Warcross empire.

The Hive by Barry Lyga

Social media used to be out of control. But then the Hive came. A better way to sanction people for what they do online. Cause trouble, get too many "condemns," and a crowd can come after you, teach you a lesson in real life. It's safer, fairer and perfectly legal. Egged on by new friends at school, she makes an edgy joke online. Cassie doubts anyone will notice. But the Hive notices everything. One moment Cassie is anonymous; the next, she's infamous. And running for her life.

The Silence of Six by E.C. Myers
“What is the Silence of Six, and what are you going to do about it?" These are the last words uttered by 17-year-old Max Stein's best friend Evan just moments before he kills himself after hacking into the live-streaming Presidential debate at their high school.

Uncaged by John Sandford & Michelle Cook
When Shay’s brother Odin escapes a raid on a research lab with a set of highly encrypted flash drives, she knows his life is in danger. After she’s threatened by the lab’s security team, Shay knows she can be every bit as ruthless if that’s what it takes to save her brother.

Otherworld by Jason Segel & Kristen Miller
After the newest set of virtual reality gear hits the market, Simon can't wait to test it out. But, when his friend Katherine suddenly disappears after being seen with men from the same gaming company, Simon must decide how far in the game he's willing to go to save her

This Mortal Coil by Emily Suvada
In a world where people are implanted with technology to recode their DNA, gene-hacking genius Cat must decrypt her late father's message concealing a vaccine to a horrifying plague.

Hacking Harvard by Robin Wasserman
When three brilliant nerds--Max Kim, Eric Roth, and Isaac "The Professor" Schwarzbaum--bet $20,000 that they can get anyone into Harvard, they take on the Ivy League in their quest for popularity, money, and the love of a beauty queen valedictorian.

Email ThisBlogThis!Share to TwitterShare to FacebookShare to Pinterest
Tags: booklist 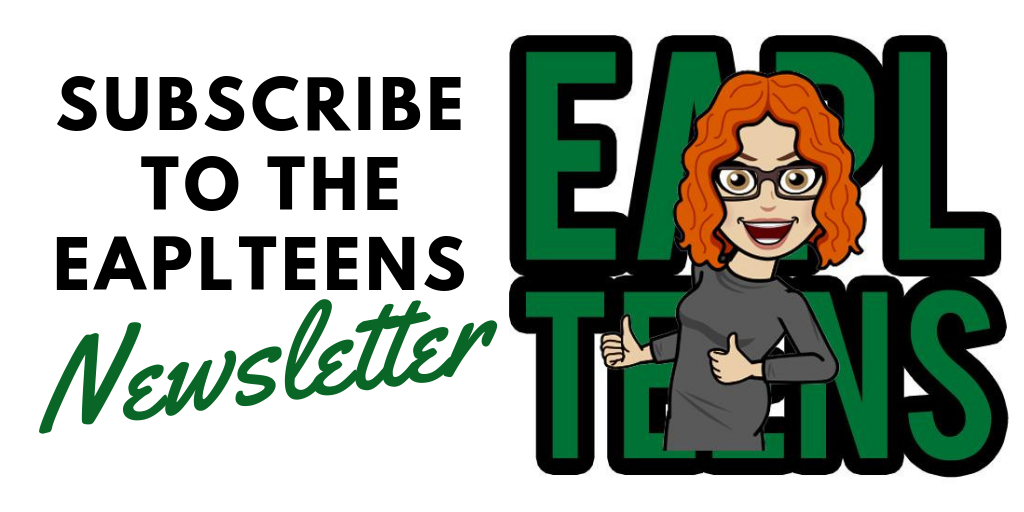 What are you reading? #EAPLYA